I’ve been selected to write for two magazines! I cannot believe my luck! I’m bouncing off the walls right now and just want to tell everybody!

I got invited to an interview last week for a magazine based on Cornwall and, as I live in Cornwall, I have a huge passion for it. I think my enthusiasm showed through when I met the guy interviewing me. I’m usually terrible at interviews and never know what to say and spend a lot of time fiddling with my hands or chipping some old nail polish off my fingernails … but this time around I was all for it! I think I rather startled him to be honest. I’m never usually so charismatic and passionate about things, but if you want to talk to me about any aspects of writing – especially in a job sense – then I will be practically sitting on your lap and telling you all the things I know or that I’d like to contribute. I was pretty much like this at the interview, apart from I wasn’t sitting on the guy’s lap. I don’t know how he would’ve taken that but I don’t think he would’ve seen me as particularly professional!

They emailed me yesterday asking me to be involved, voluntarily at first but they said it could turn into something paid eventually if the organisation takes off and they get the right funding! I’m so pleased! I cannot wait to start doing my part!

As well as that, I emailed Eevee Life magazine which is a new up and coming online magazine – go check them out! – and they emailed me back saying they would love to have me involved too as a features writer to contribute regularly!

If you told my fifteen year old self that in roughly four years time I would be getting somewhere and making my mark within the writing/publishing/editorial industry I would never believe you. It always seemed so distant and a dream that I would never even dare try to accomplish! But, well, I’m doing it! And I honestly couldn’t be happier!

Fingers crossed my interview goes well for this Friday too as I have an appointment with the Eden Project to be a part of the digital team which would include writing blogs for them and whatnot! Who knows, if I ever get it – and that would be amazing, as I expect there are a LOT of applicants for that position – I might even get the chance to interview the acts that go onstage there for the festivals! Maybe even The Pixies?!

But, hey, this is the Eden Project we’re talking about here so I am definitely not getting my hopes up. That would be amazing.

All in all, I am a very happy budding young writer!

Hey, everyone. Hope the sun is shining your way. It is currently down here in Cornwall!

Just an update to notify you of new features I’ve written recently. They’ve taken a while to air on the website so there’s a few all in one go! One is a feature on my best friend who recently completed her Duke of Edinburgh award and advice she has to give, so if you’re into doing the award or even just thinking about it then make sure you check it out!

Another is a feature on a course mate of mine who I met whilst working on the Lionel Shriver author workshops. I really wanted to document the experience and get another point of view on how exciting and precious the time we spent with Lionel was, so I decided to interview her on the experience we shared. Her feedback was brilliant!

The other is on a sweet little writing group I’ve recently discovered under the name of Telltales based in Cornwall, largely Falmouth which is my student home town. Details about the group can all be found via the link! 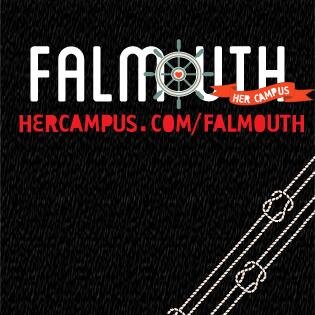